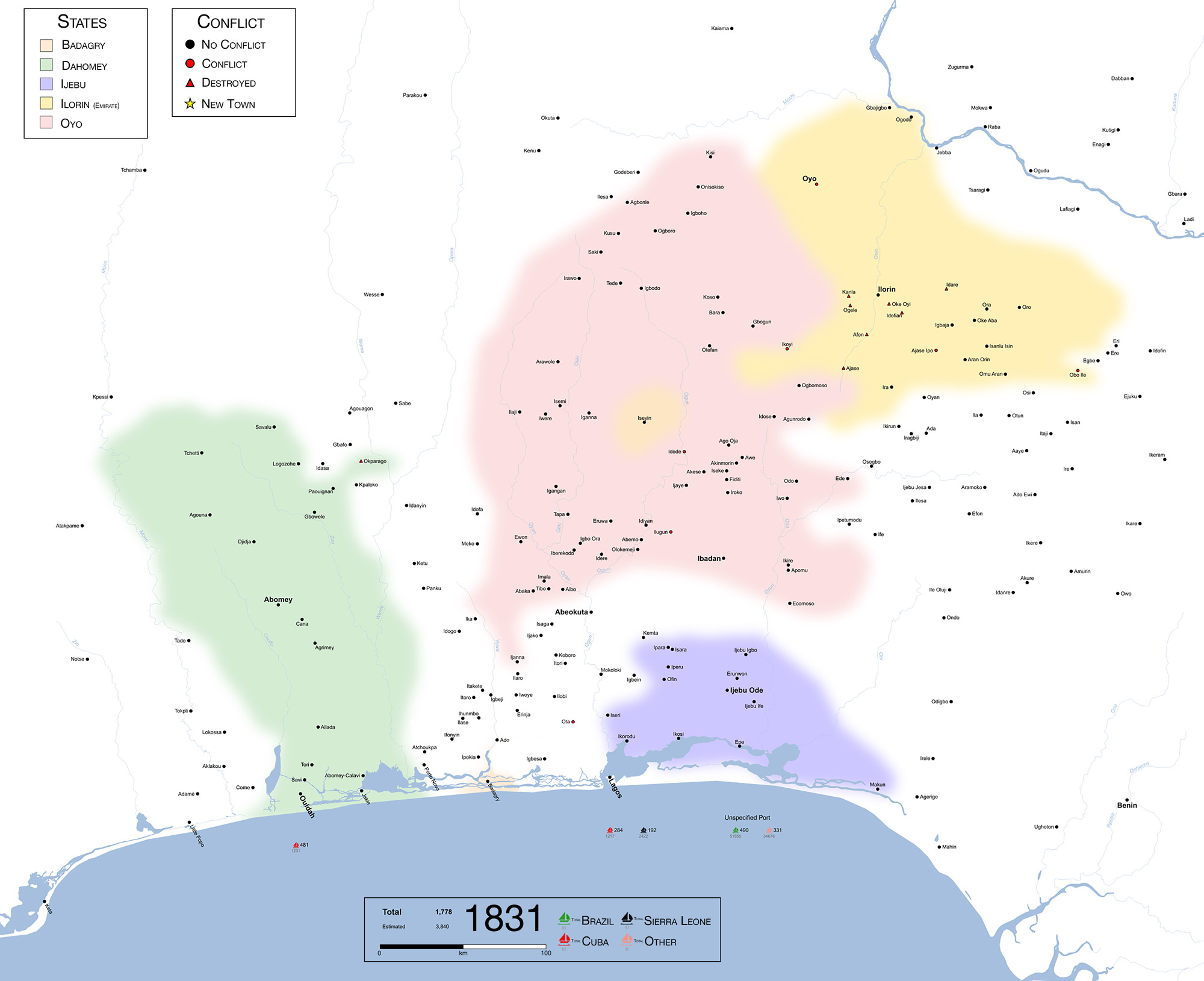 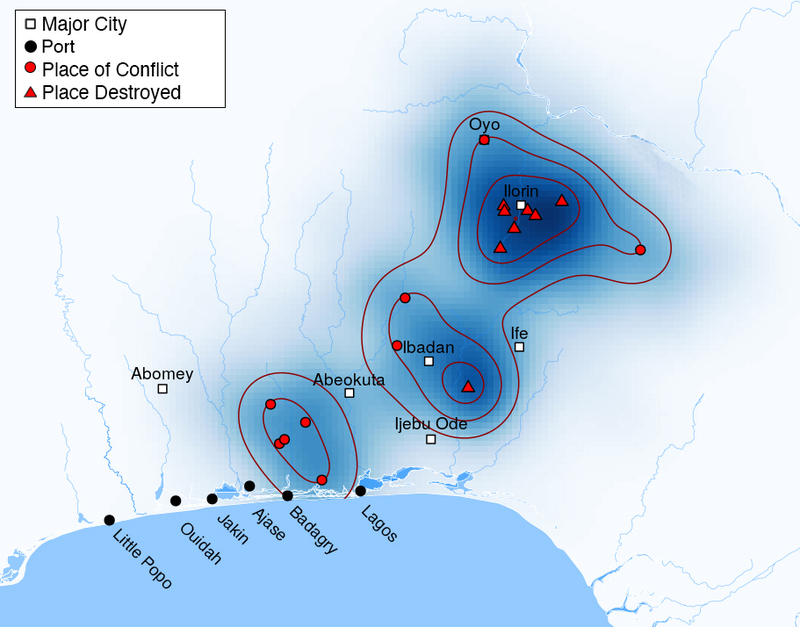 This year marks the end of Majotu’s reign as Alafin and the brief reign of Amodu that lasted until 1832. Several key Oyo towns were abandoned in part due to drought and Fulani incursions that apparently undermined farming. Law describes how forces from Ogodo and Ilorin “entered and plundered Oyo,” which now became a tributary to Ilorin. The “shock of the Ilorin conquest of the capital, produced a ‘ramshackle coalition’ among the rulers of Ikoyi, Gbogun, Ago Oja and Kanla, whereby Kanla and Ikoyi became tributaries to Ilorin.” Around Abeokuta, the predominately Egba and Owu refugees “repulsed Ibadan and Ijebu far into Ijebu country near Isheri.” Dahomey attacked “Okparago,” which is likely to be identified with the modern town of Okpara.

Only five voyages departed the coast, two for Cuba, one for Brazil, one for Sierra Leone and another to unknown destination. Documented totals were less than 2,000 people, while estimates for those leaving unspecified points suggest over 3,000 people. 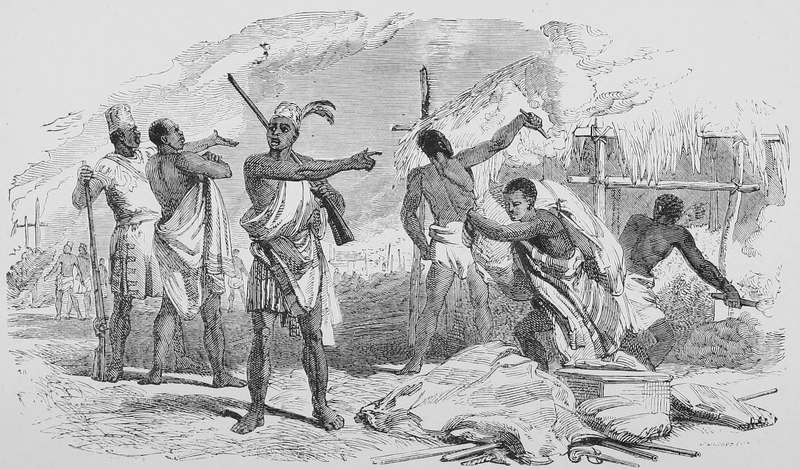 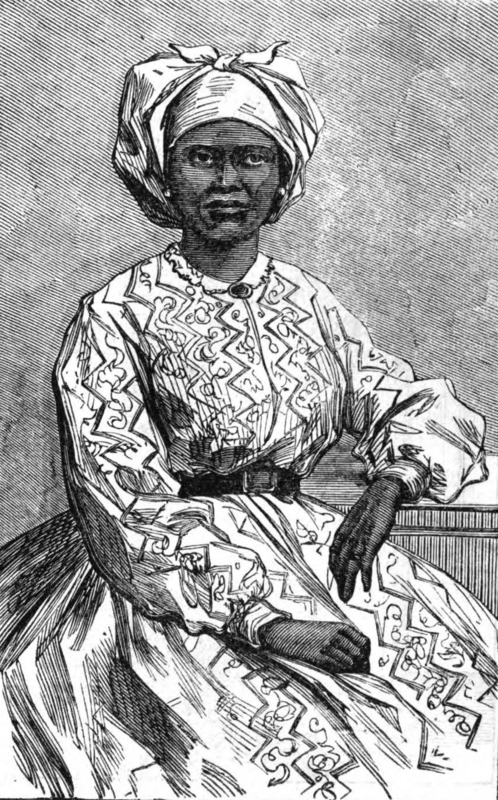