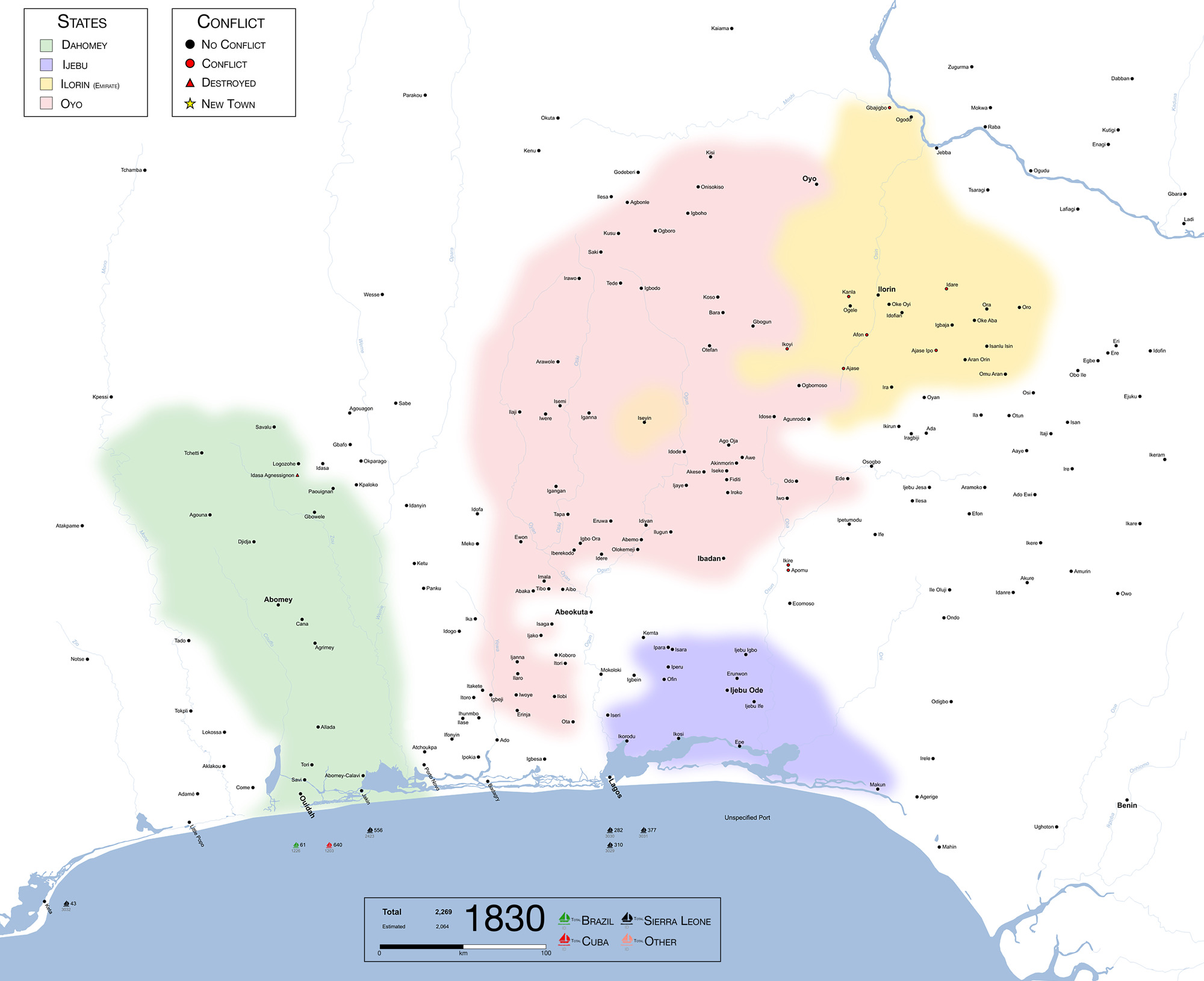 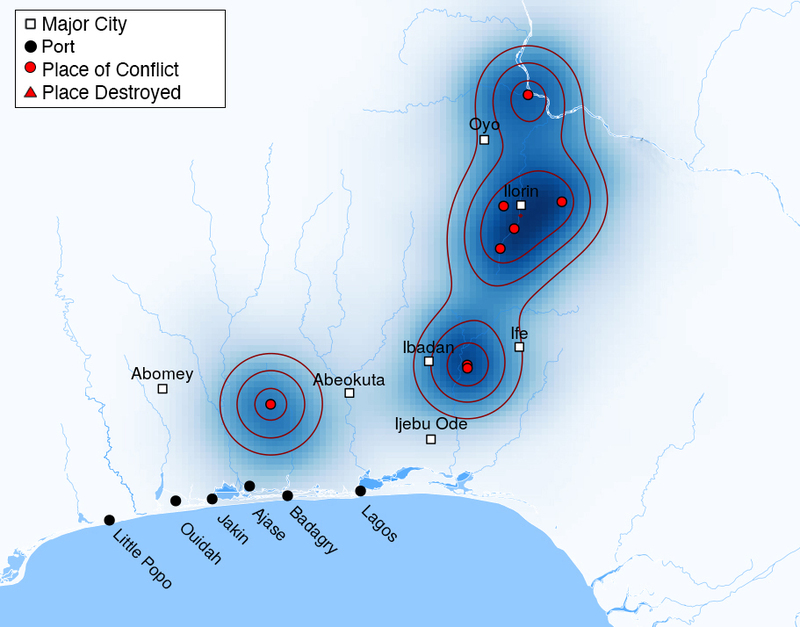 The constant slave raiding on all fronts weakened Oyo’s capacity to respond to Ilorin. Despite increased supplies of guns and ammunition, Oyo and Ilorin reached a “formal accommodation,” whereby the Alafin Majotu of Oyo acknowledged Ilorin’s independence and permitted “trade on the condition that no more Fulani were admitted to the town.” Troops from Gwandu captured the trading town of Gabjigbo, close to the Niger River, which weakened Oyo further. A drought added to the stress of conflict at this time.

The rapid growth of both Ibadan and Abeokuta reflected a period of intense urbanization. Kola Folayan has argued that “Abeokuta compressed the Egba who had formerly occupied 300 towns and villages to about one-third of their former territory …. Egba’s need for more land, caused by their being crammed into a small space, was to be satisfied in Egbado, a process which necessitated Egba invasions into, and gradual domination of, parts of Egabdo.” The primary sources do not contain the names of “300 Egba towns and villages;” thus these missing data cannot be plotted on the maps. As Abeokuta grew in size, however, “Ijebu armies attacked the farms around Abeokuta.” 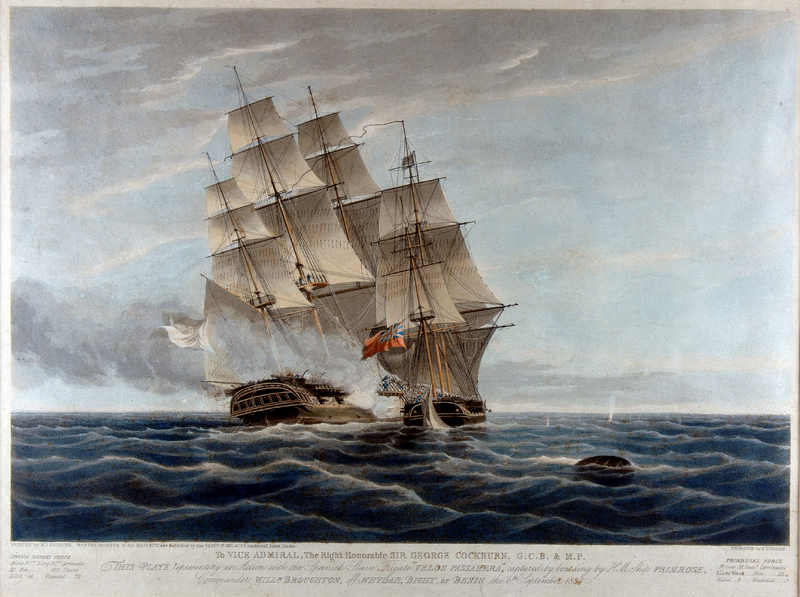 The Capture of Veloz Passagera, Jakin, 1830 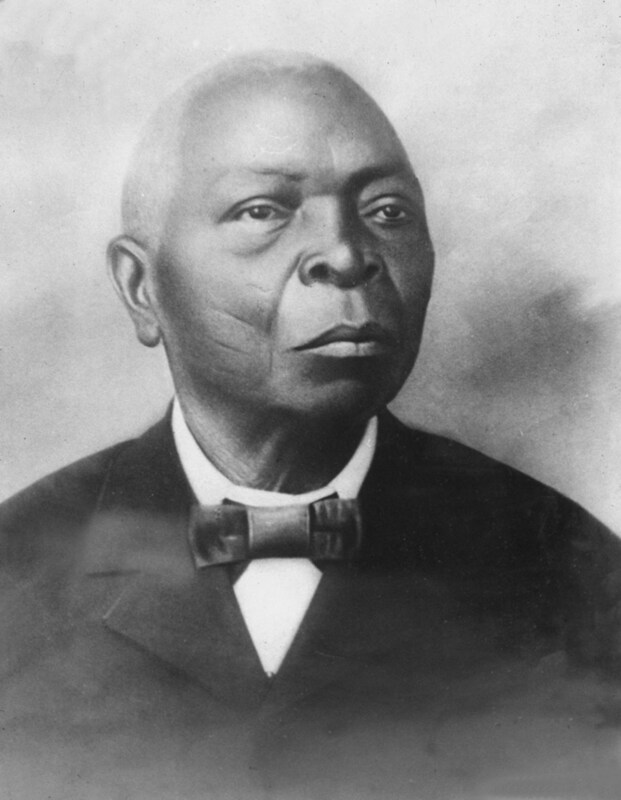 In Mahi territory, Dahomey’s campaign against “Dossa-Agnessignon” likely relates to a place near the Yoruba-speaking enclave of Idasa and perhaps the unidentifiable Mahi town of “Sessegnigo;” and hence the location that I have assigned to this place is debatable.

At the coast, only seven slave ships departed, including five taken to Sierra Leone, one that went to Brazil and another to Cuba. Total documented and estimated departures decreased to just over 2,000 people, as it appears that British suppression was having a significant impact.