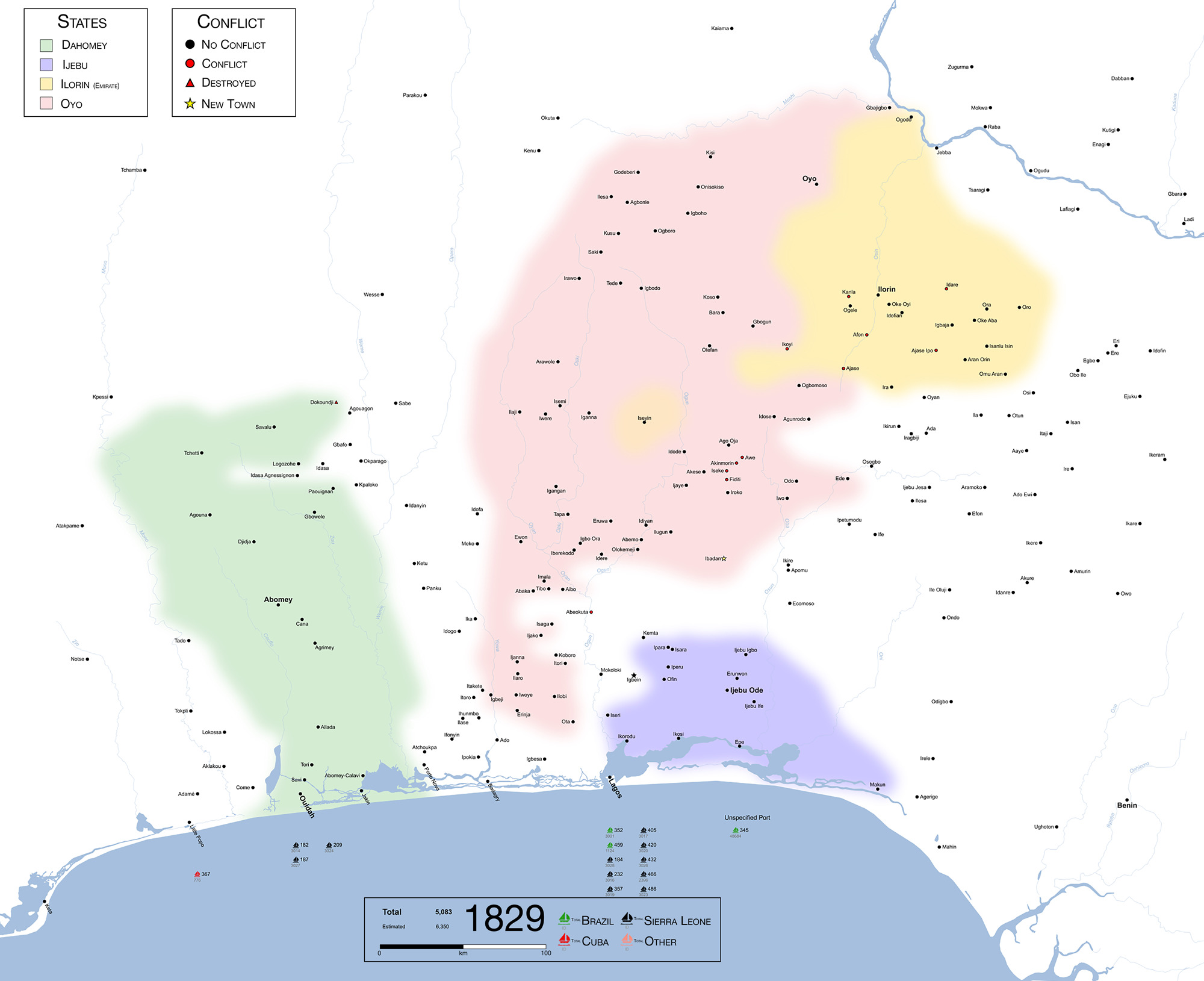 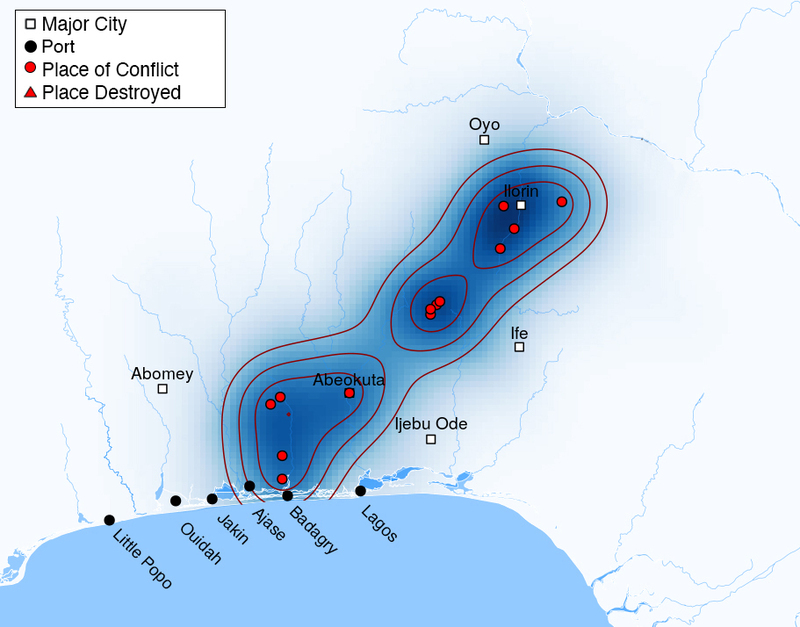 Ilorin slave raiding was widespread throughout the Oyo savanna. This year marks the foundation of Ibadan as a refugee center in the south. Initially, Ife armies dominated the new town, but as Oyo and Owu refugees arrived, they became strong enough to expel the Ife chiefs. According to Saburi Biobaku, many Egba factions attempted to settle at Ibadan only to find they were not welcome and many people were even enslaved. As a result, groups of Egba fled the town and “encamped on the other side of the Ona River.” Thereafter, Ibadan became a predominately Oyo town concentrated on counterattacking Ilorin. Ibadan did not oppose Ife and Ijebu raiding into Egba territory and even traded with rivals in exchange for European merchandise from the coast.

Dahomey incursions in Mahi territory continued, including the destruction of Dokoundji, while the kingdom of Ketu likely distanced itself from Oyo at this time.

At the coast, the slave trade rebounded, although British suppression also increased. Eleven ships were intercepted and taken to Sierra Leone, while three ships went to Brazil and one to Cuba, of which ten of these ships left from Lagos (10). Total documented departures were over 5,000 people while an estimated 6,300 individuals left from unspecified points. 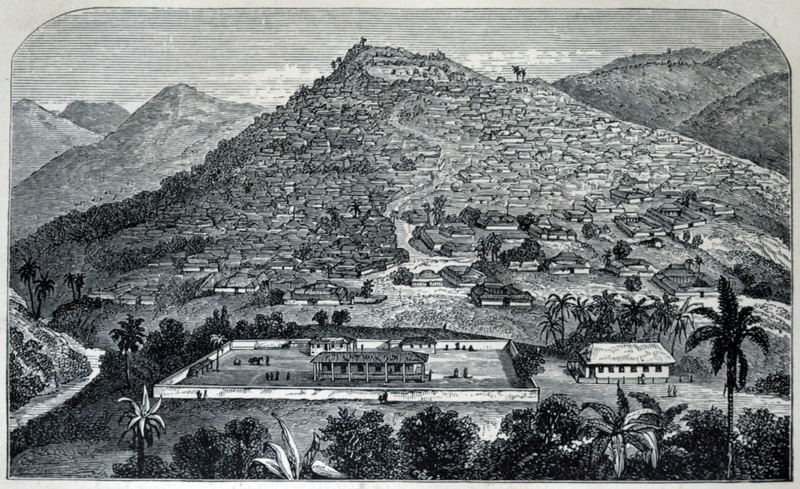 Church and Mission-House at Ibadan 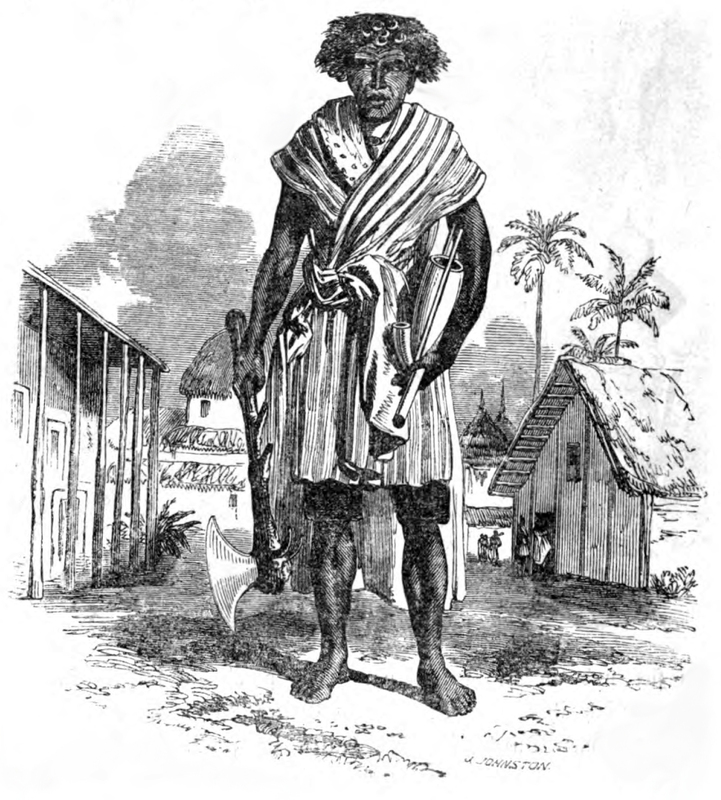