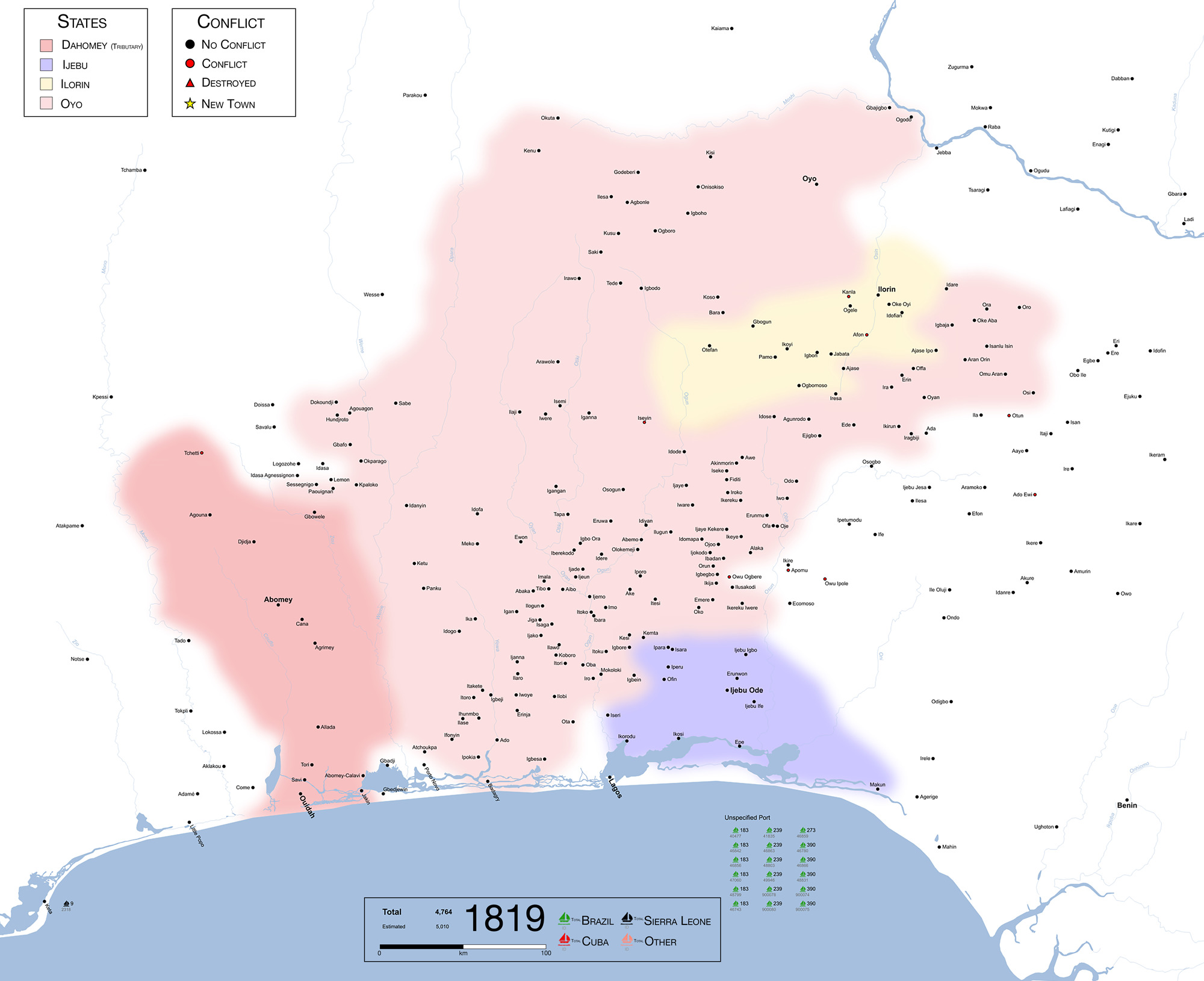 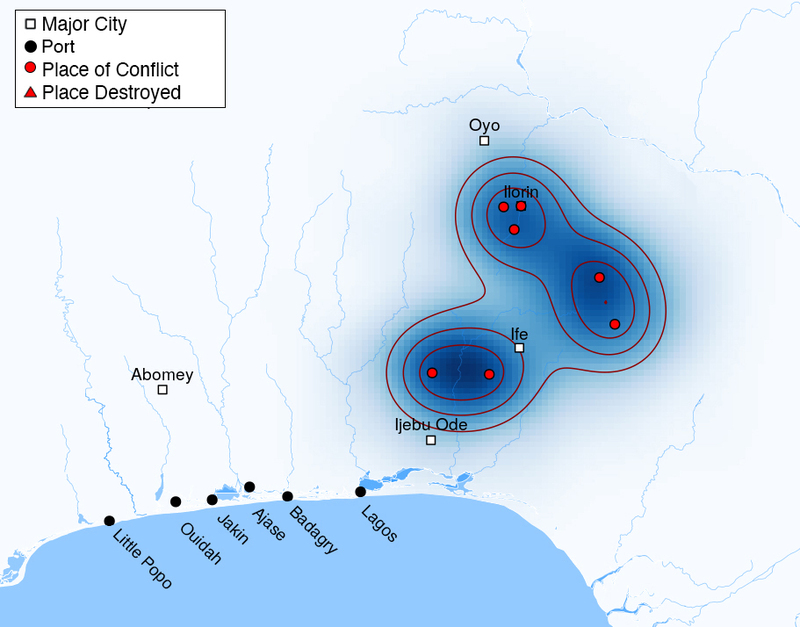 Much like the previous year, the Muslim uprising and Owu wars continued. This map expands the yellow border of Ilorin to reflect slave raiding near and along the Ogun River. At the coast, Robin Law argues that “Lagos was entirely dependent upon the Ijebu port of Ikosi for its supply of slaves.” Most enslaved people would have arrived to Lagos after being captured in the Owu Wars. Meanwhile, Gezo began to expand Dahomey’s territorial limits by subjugating “Séréchi,” which was likely the town of Tchetti to the northwest of Abomey.

There were nineteen slave ships leaving the Bight of Benin all of which went to Brazil from unidentified ports, except for one ship departing from Keta, which likely did not have any people on board who had been involved in the major conflicts in the region under analysis. By this time, de Souza had returned to Ouidah. Total documented departures increased from the previous year at 4,764 individuals with estimates slightly higher at 5,010 people. 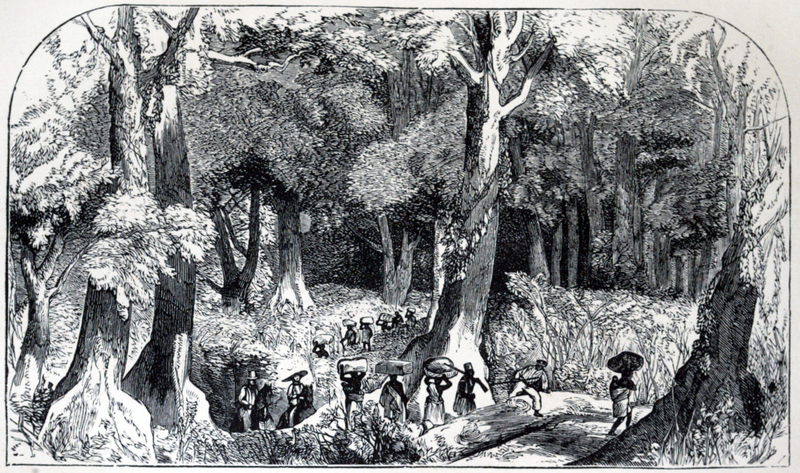 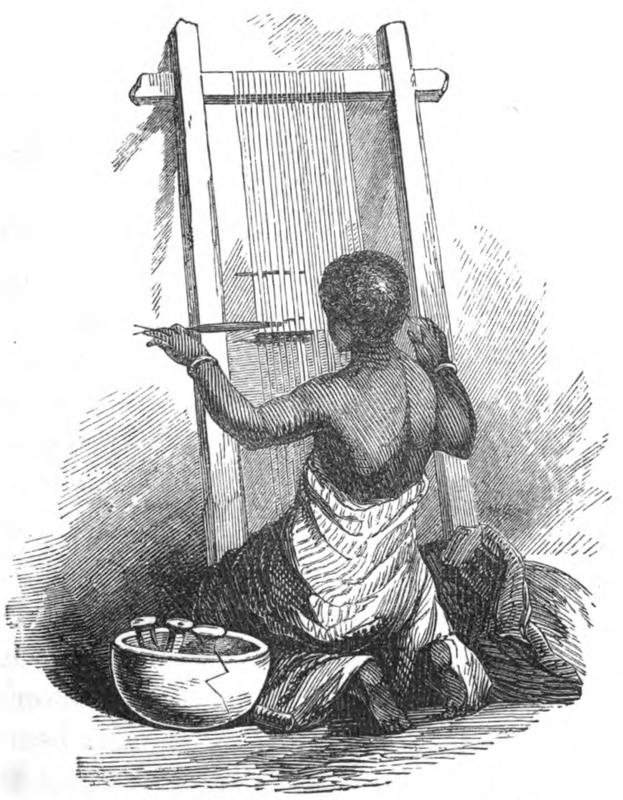 African Woman at Her Loom 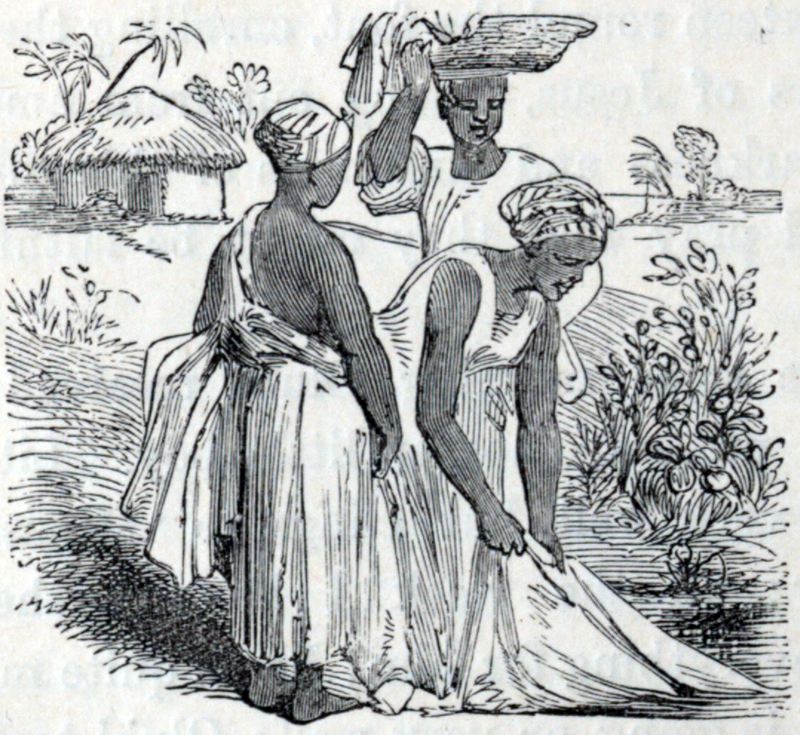