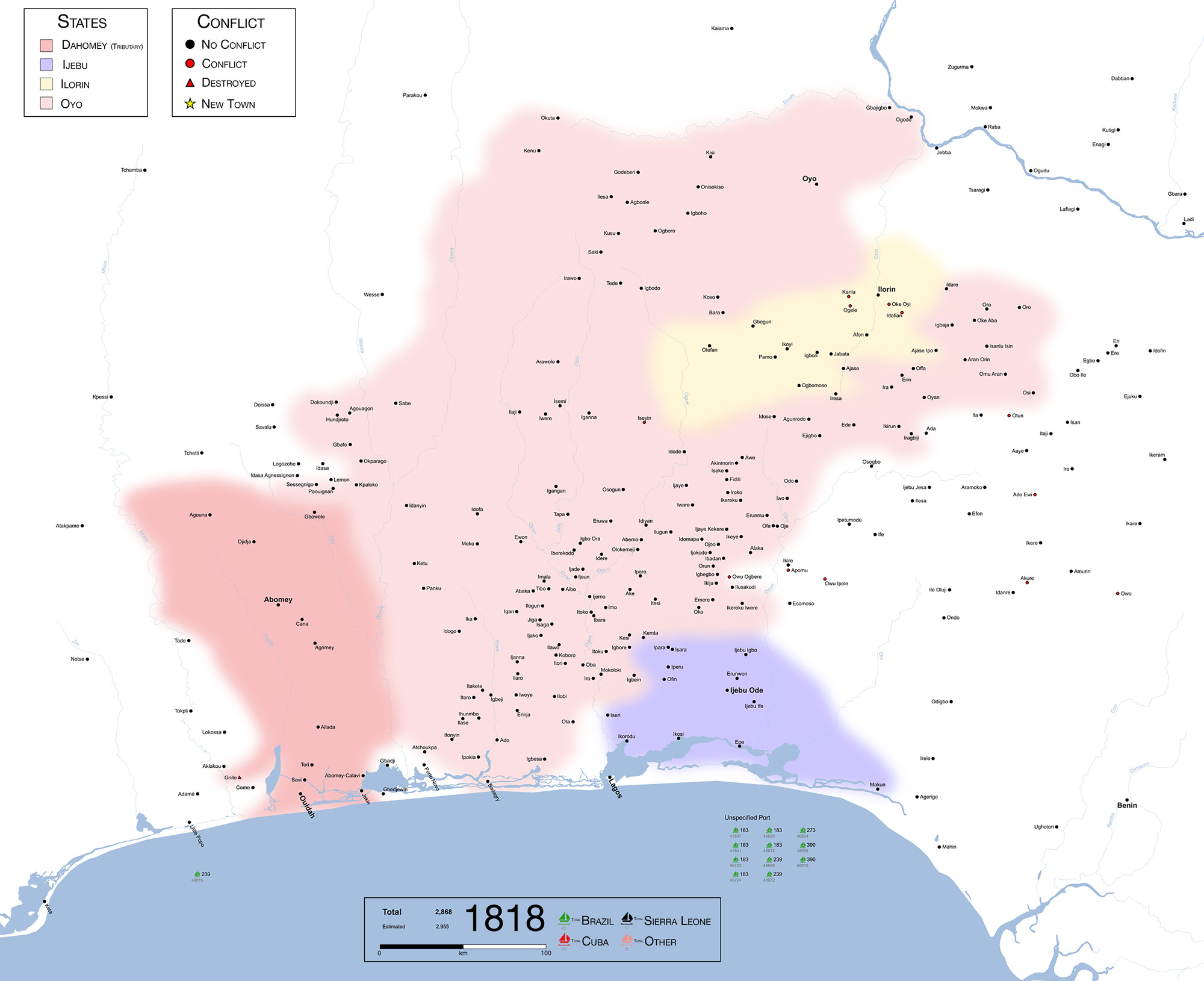 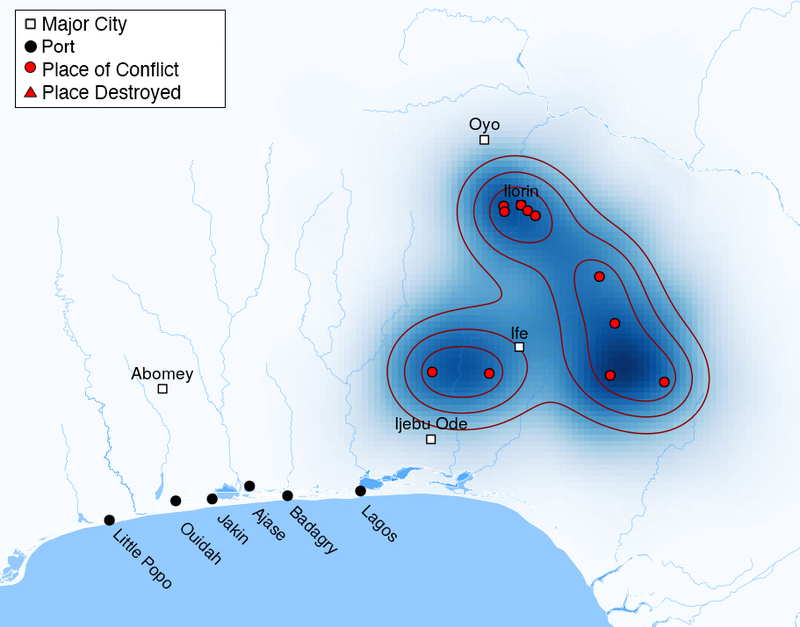 In this year, the Muslim uprising in Oyo and Owu War likely intensified. Without providing a specific date, Robin Law explains how “Afonja’s military operations seem to have been confined to the eastern provinces of the [Oyo] kingdom, but now his Fulani and Hausa allies extended their activities across the River Ogun into the western provinces.” To reflect slave raiding activity west of the Ogun River, a red dot indicates the location of the town of Iseyin through 1821, which was the year of Samuel Crowther’s enslavement. He described how “for some years, war had been carried on in my Eyo [Oyo].” In that year he was transported from his hometown of Osogun to Iseyin, which became “the rendezvous of the enemies.” 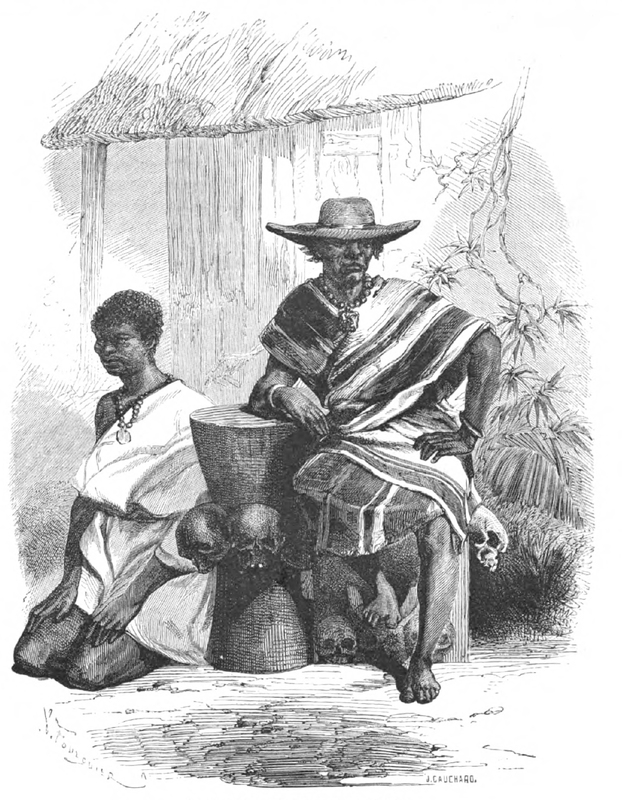 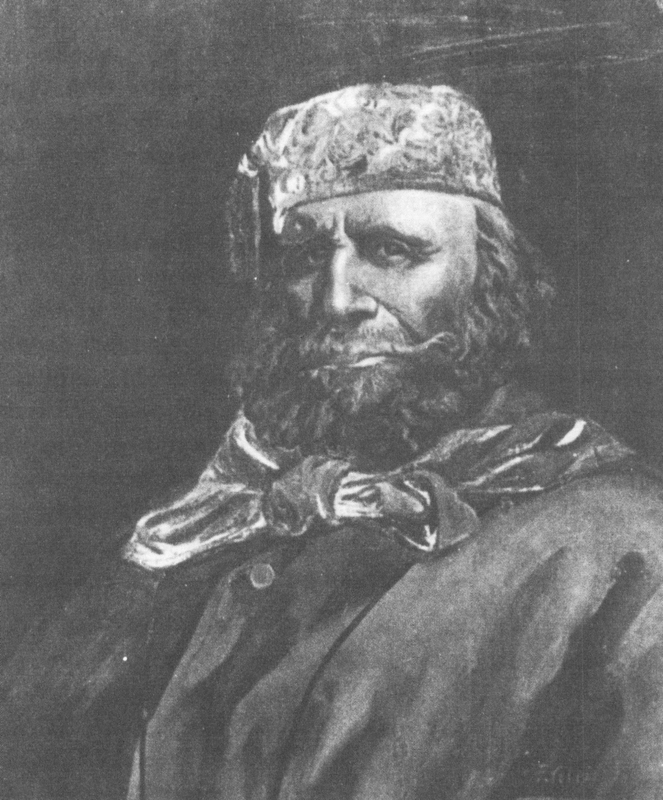 Once Gezo succeeded to the throne in Dahomey, it is worth noting that the notorious, Brazilian-born slave trader, Francisco Felix de Souza, led a coup d’ état from Little Popo to help with the Gezo’s ascension. Thereafter, Dahomey fought annual campaigns, where at first the conquered “Gnito,” which is likely the town of Grito to the west of Lake Ahémé to the north of Little Popo.

In this year, there were twelve documented slave ships that went to Brazil, eleven of which left from unidentified ports, while one departed from Little Popo. Total documented departures were 2,868 individuals, while estimates were slightly more at 2,955 people.