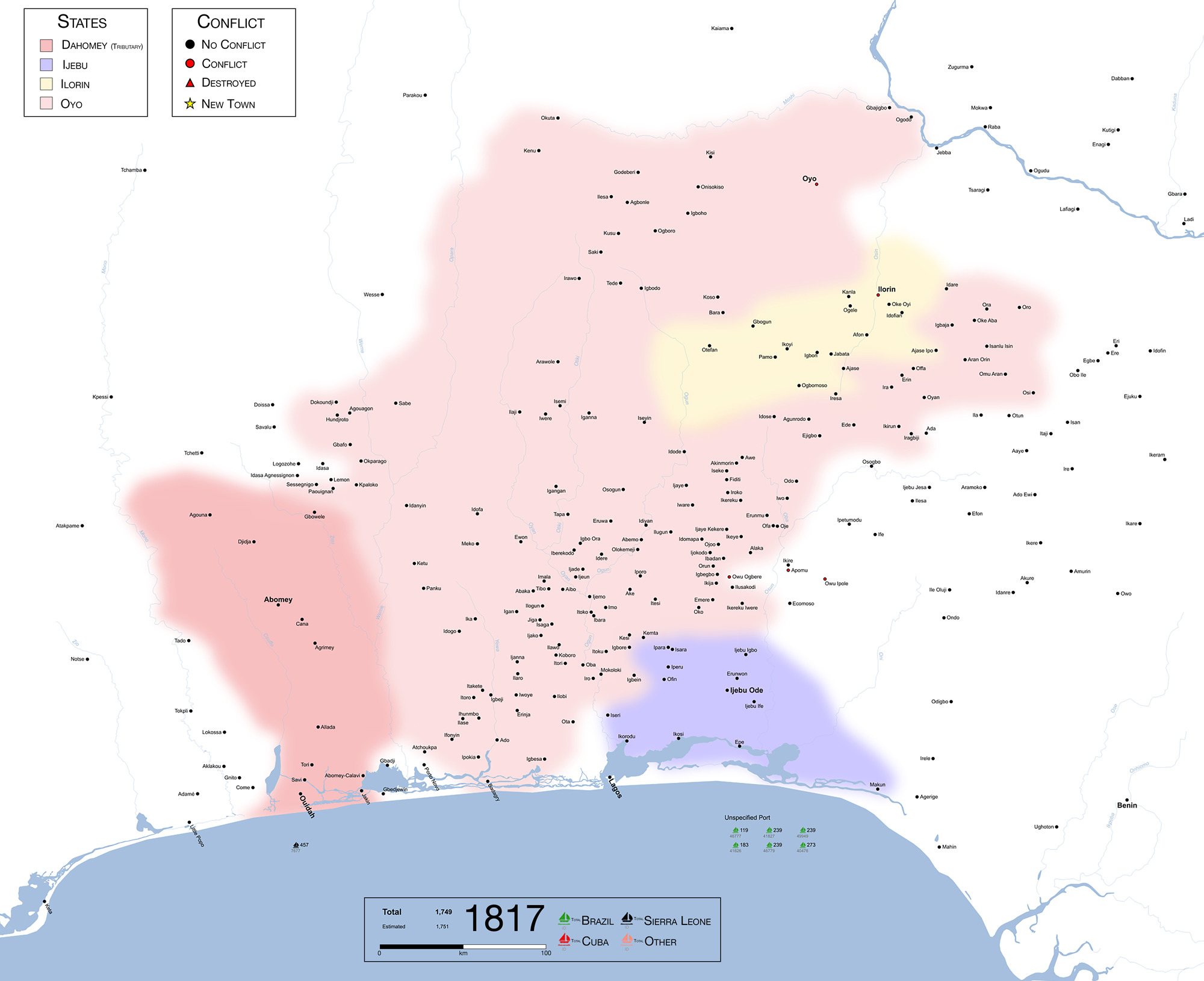 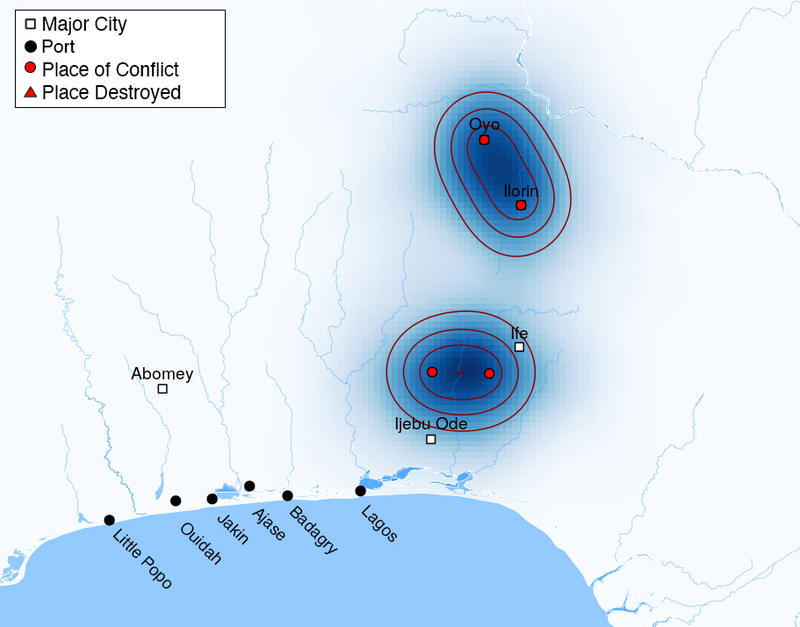 This year marks the start of the protracted decline of Oyo, which began with the Muslim slave uprising in Ilorin. In 1817, Afonja, the commander-in-chief of Oyo’s provincial military at Ilorin, had ambitions of taking the throne from Alafin Majutu, who reigned in Oyo from 1802 to 1831. Afonja provoked a Muslim rebellion in the large, provincial military based at Ilorin, which Robin Law has argued “greatly increased the intensity and territorial extent of the disturbances within the Oyo kingdom.” On the map, the yellow polygon reflects the uprising spreading out from Ilorin. The geographical extent indicated therein is a matter of dispute. How to reflect the increasing number of undocumented revolts and disturbances in specific wards of provincial towns is highly uncertain. Nevertheless, Ilorin and surrounding towns asserted independence from Oyo. 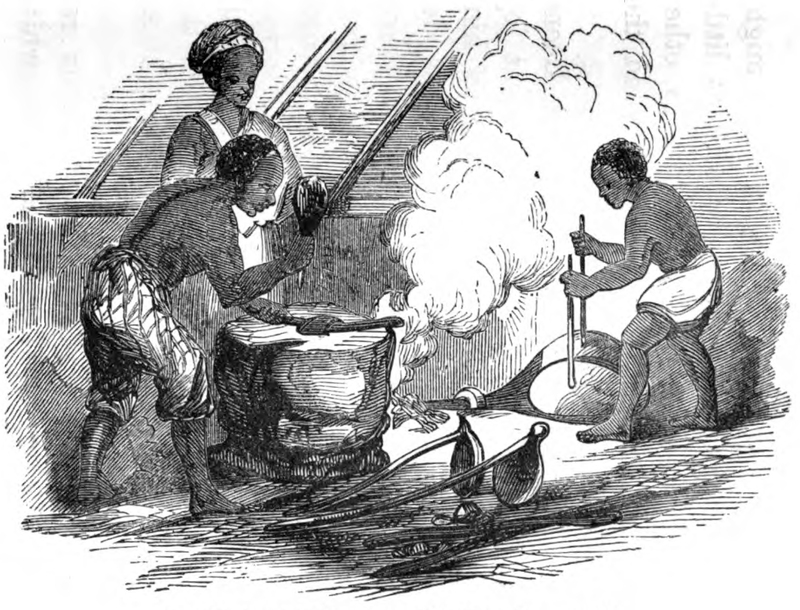 The Blacksmith's Forge at Osiele 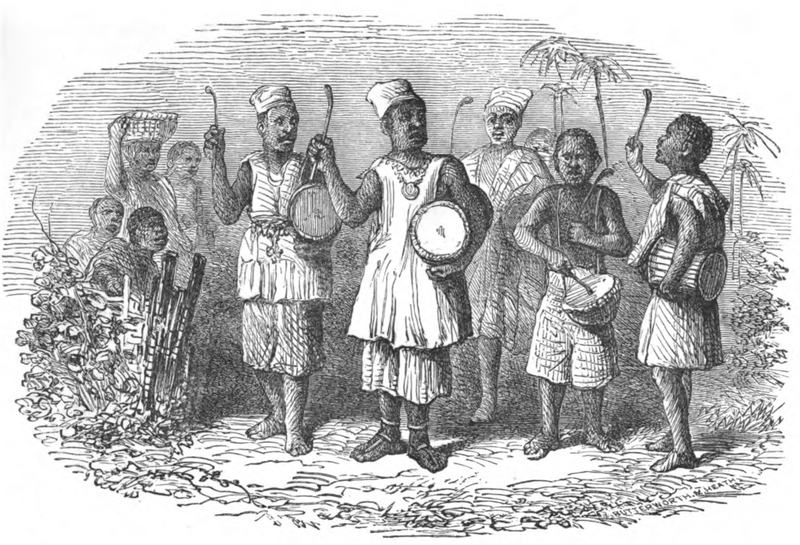 A Band of Yoruba Musicians 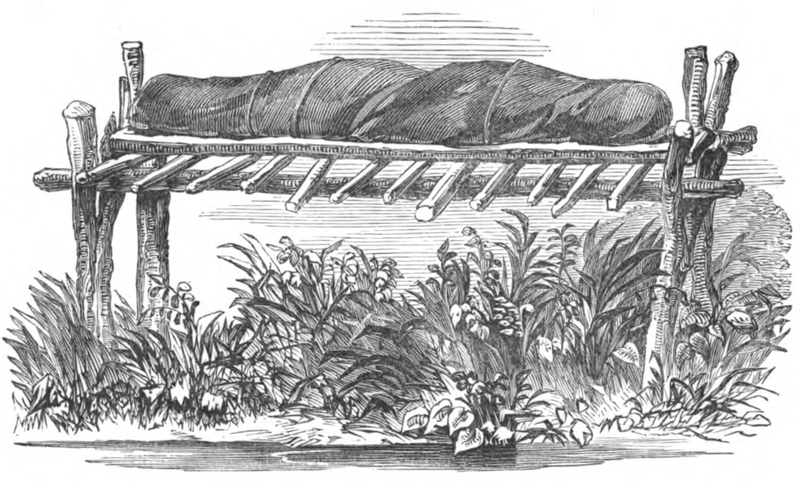 Meanwhile, Ife, Ijebu and Ijesa formed a coalition against Oyo and Owu between 1817 and 1822. This war arose following the trade disputes at Apomu. The precise chronology for the Owu War is debatable. Some scholars argue that it began in 1820 and ended in 1827. However, Law’s periodization, which I have adopted, dates the conflict between 1817 and 1822. In order to represent the duration of conflict, red dots are used for the two main Owu towns, Owu Ogbere and Owu Ipole, although there were many more towns not mentioned in the primary sources.

In 1817, seven documented ships departed, six for Brazil from unspecified ports. Another went to Sierra Leone from Ouidah. Total documented and estimated departures, which differed only by two people, was just over 1,700 individuals during this year.