The Orestes was the fifth conviction of a slave ship by the Havana Slave Trade Commission. This Spanish brigantine, under the command of José Ramon Mutio, began its voyage at Havana on 20 July 1825 and set sail for Ouidah. On 9 January 1826, this ship sailed from Africa with 285 people on board and 26 individuals died during the middle passage. On 28 February, the Orestes had run aground near the Grasscut Keys on the Great Bahama Bank around N23°40 and W77°20. Stranded for several days without water, this ship was stuck on the reef and could not be set afloat. On 5 March, the HMS schooner Speedwell, under the command of James C. Bennett, found this vessel, put all the surviors on board and sailed them back to Havana to await trial. During the trial, Mutio died, along with another 47 enslaved Africans likely from dehydration and poor health. On 15 March 1826, the court declared the ship abandoned and registered 212 Liberated Africans, or emancipados, as they were known in Cuba. For more information, see Map of 1826. 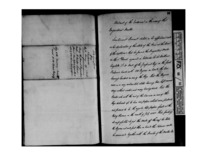 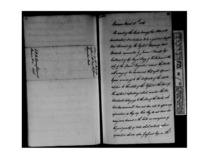 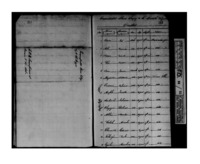 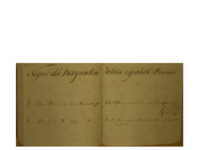 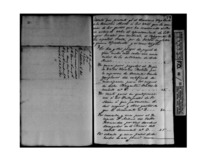